We would like to take this opportunity to announce that the new DMC5 Event Summon which will include 5★ and 4★ characters that are from DMC5! 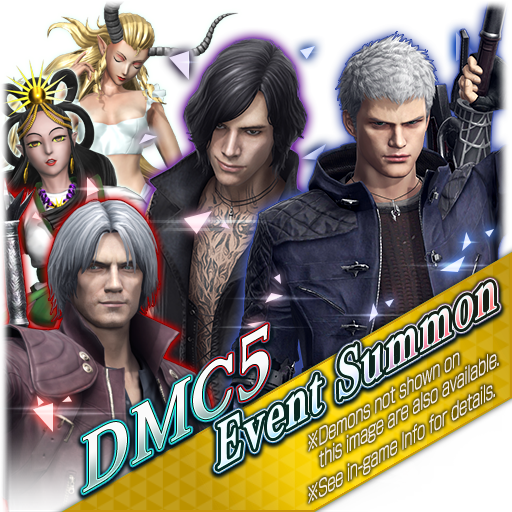 - Includes the same summon lineup
as "Superior Summon" and the following
characters from DMC5.

Demons from the DMC5 all have SP Effects that give the boost effects during the event period.

*The icon showing the boost effects will appear during the event period.

*"Red Orbs" can be acquired in event quests.

*The boost effect for Macca Gain will also take effect outside of event quests during event period.

* The EXP boost will only affect the demon with the SP Effect.

- Please check the info page within the game for details on available demons and drop rates.

- Please note that the period of availability for this summon may be changed without prior notice.

- Demons from DMC5 will only be available during the DMC5 collaboration event. but may make a return in the future.