The Liberators wake up in the ruins of an ancient city.
In this strange land, they meet a swordsman with a giant sword...

Get great rewards like Berserk Summon Files and Guts Spirits!

Missions and Rankings for collected Ethereal Bodies also available!
So make use of the event SP Effect to collect more! 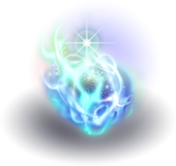 Ethereal Body
The Ethereal Body of the dead citizens of the city.
They are adrift everywhere in the city ruins.

Berserk Summon Files obtained through this Login Bonus can be used to perform Berserk Summons that include Guts, Schierke, Skull Knight and Mozgus in the lineup!

Berserk Summon Files used for performing Berserk Summons will only be valid until6/18 (Wed) 07:59 PDT Please remember to use them before they expire.

The following characters have SP Effects that give boost effects during the event period. You will gain more Ethereal Bodies from battles if you have them assigned to your party.

The icon showing the boost effects will only appear during the event period.

Ethereal Body items can only be acquired by playing the event quests of this event.

The boost effect for Macca Gain will also take effect outside of this event during the event period.

As you progress through event quests, the following quests will unlock:

Daily Missions
Missions that can be cleared every day during the event period.

Main Missions
Missions that can be cleared during the event period.

*Corrected the rewards mantioned above. We apologize for any inconvenience. [Added 5/26 20:30 PDT]

You can exchange Ethereal Body items collected from event missions and quests for the following rewards.

*Corrected the rewards mantioned above. We apologize for any inconvenience. [Added 5/26 20:30 PDT]

You can receive the following rewards according to the total amount of Ethereal Body you amass.

You will receive reward items based on your final ranking of total Ethereal Bodies collected.
This ranking event will be held in two parts, Part 1 and Part 2.

Violation of our terms of service during the event may result in your account being removed from the Rankings and also suspension.

Collected Ethereal Body items will not be displayed on your items list. To view the amount you have collected, please go to the Event screen.

You will lose all your Ethereal Body items when the event expires.