Hello, this is Iwasaki, the Director of this game.
Thank you for playing "SHIN MEGAMI TENSEI Liberation Dx2".

I was tasked with writing the letter for this edition as my position puts me in close proximity to the development team.

Thanks to your support, many users came to play SHIN MEGAMI TENSEI Liberation Dx2 as a result of the major update for the 3.5 Year Anniversary Event in July, as well as the GHOST IN THE SHELL: SAC_2045 Event in September.
We will be working towards making the events that are set to take place in the fall and winter, and ultimately the 4th Anniversary of SHIN MEGAMI TENSEI Liberation Dx2, more fun than ever before.

In this letter, details regarding the most recent balance adjustments, as well as some new information concerning the update that is scheduled to arrive in October, have been included.

In this round of balance adjustments, we aimed to "ensure that as many demons can be used in most amount of content possible" with a particular focus placed on Physical-type demons. (Tap here for details.)
These adjustments not only take into account this game's PvP content, including Duels and the Battle Tower, but also other content, such as Brands of Sin and Democalypse. 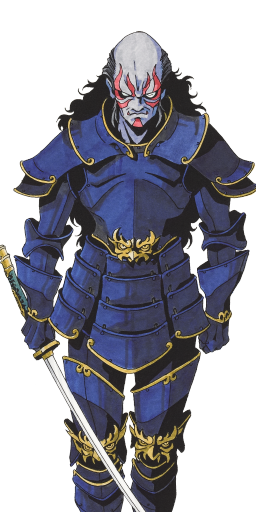 As the number of demons with death prevention skills increased, the overall usefulness of Occult Flash appeared to be diminished, which is why we decided to give it the ability to nullify these skills and make Masakado a viable option in the current meta. 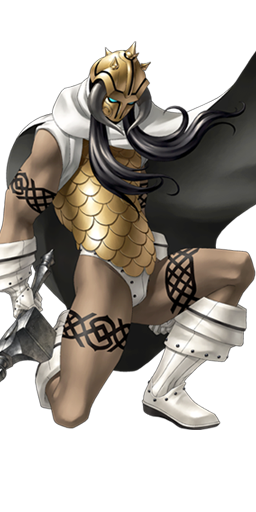 Thor has remained an option in terms of getting a high score during the Boss Fight in Democalypse, but Mjolnir hitting 4 or 5 times at random was becoming a source of undue instability and we have decided to fix it to hit 5 times.

This will also increase its usefulness for PvP content, so it may also be a good opportunity for users with Thor to try him out.
As we continue to perform further balance adjustments, we will bring any relevant information to you, including our rationale behind any adjustments, in a digestible manner that is easy to understand.

◆Regarding the October Update

We will be implementing the following three points with the October update.

Following the 9/16 update, we will be further implementing balance adjustments in October.
Details have not been finalized yet, but we plan to focus on Magic attackers and Support demons where the number of demons that are to undergo adjustments will likely be similar to that of the 9/16 update.
We hope that you'll stay tuned and enjoy!

Since the implementation of Tokyo Abyss, we have received several suggestions pointing to user workload being too high in terms of gameplay.
Normally, we would have handled this as part of a major update, but we felt that it was necessary to reduce everyone's workload for playing the game even just a little bit as quickly as possible.
A part of what we intend to do with regards to this issue can be found below.

- Reduce Eclipses waves to just 1 wave.
- Reduce the number of waves for some parts of Hell's Park.

This will not conclude our handling of this issue as we believe further adjustments will be necessary.
We have even made this a point of interest that may be rolled into the 4th Anniversary update moving forward.

The Battle Tower was implemented with the intention of being a distinctly different PvP experience from the existing Dx2 Duel system with the inclusion of Armament, Handicaps and special Battle Tower rules.
However, we have noticed as of late that the parties being deployed for Dx2 Duels and the Battle Tower have become very similar to one another, which gave us the indication that users may not be getting the fullest enjoyment out of the Battle Tower.

Along with user workload reduction, we are prioritizing Battle Tower improvements in order to make it more enjoyable by even just a little bit as quickly as possible.
As such for the season starting in October, we will be making adjustments to scoring, Handicaps and the rules to make it more fun to think about how to win in the end.
We will provide further details regarding these changes in a later update once progress has been made and hope that you will enjoy the new season.

We apologize for any inconveniences we will be causing any users who are satisfied with the current state of the game and appreciate your understanding as we work towards making this game more enjoyable for everyone.

In addition:
- Chapter 12 of the Main Story will be added
- Further adjustments will be made to Tokyo Abyss
- Fallen Market valuation will be improved
...and more, so make sure to stay tuned!

Thank you for choosing SHIN MEGAMI TENSEI Liberation Dx2 from among the countless smartphone apps that exist and we appreciate that you've taken the time to read through this letter until the end. You have our gratitude.

With the conclusion of the 3.5 Year Anniversary, we hope that you'll continue playing SHIN MEGAMI TENSEI Liberation Dx2 as we work towards making this game more enjoyable for everyone.

As mentioned earlier, we have also been diligently working towards the 4th Anniversary update.
At this time, we do not have any finalized details regarding this update, but we plan to include content that will make this game more fun than ever before.

The SHIN MEGAMI TENSEI Liberation Dx2 team will continue to work towards making this a fun game for all, so we hope you'll stay tuned and enjoy!

*Please note that the information posted here is subject to change without prior notice as development progresses.