In the dead of winter, Tokyo is hit
with a mysterious heat wave. Meanwhile,
a certain demon hatches their evil scheme.

1Explore this special Aura Gate and gather "Light Stone" items to get great rewards like items and exclusive Titles!
2Rankings for both collected Points and "Light Stone" items will also be available!
3This event will include music from "SHIN MEGAMI TENSEI V"!

This event will be held in two parts, Part 1 and Part 2.

The ranking for collected Light Stone items, as well as certain Missions, will be held in two parts, Part 1 and Part 2.

The highest Score obtained during the entire event period will be counted as part of the high score ranking. 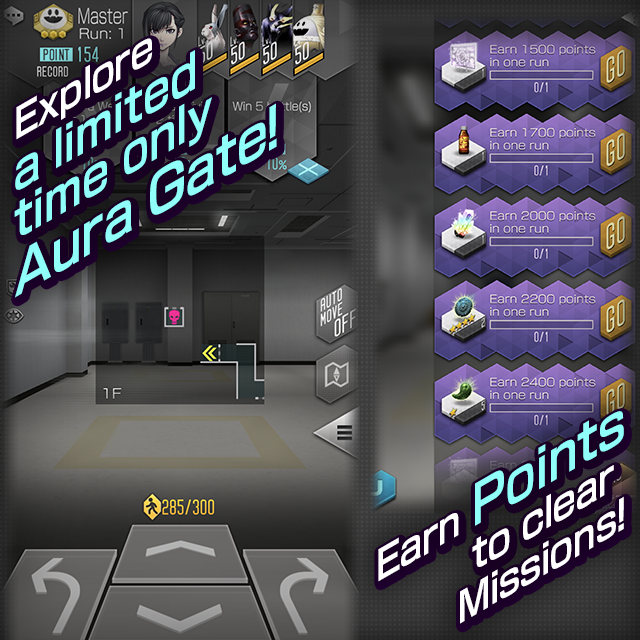 Play through the randomly decided map of Aura Gate SP to earn Points.
Points can be picked up or obtained from enemies in Aura Gate SP. 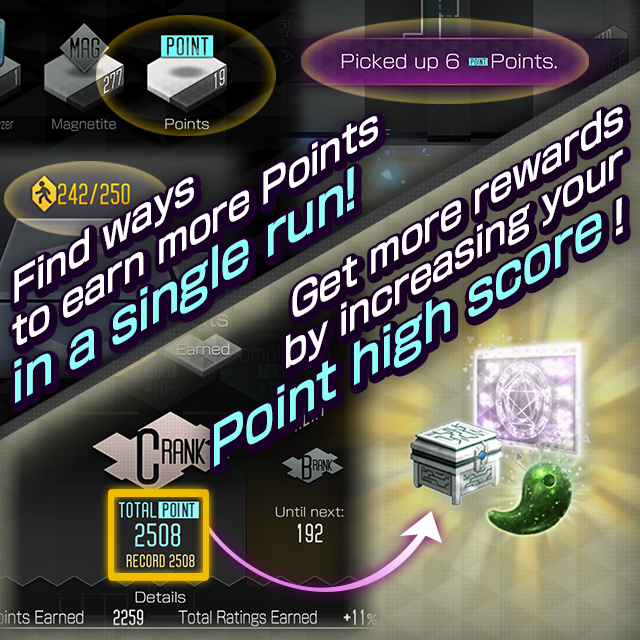 Point scores are affected by various game factors such as
remaining Action Points and maximum damage dealt in a turn. 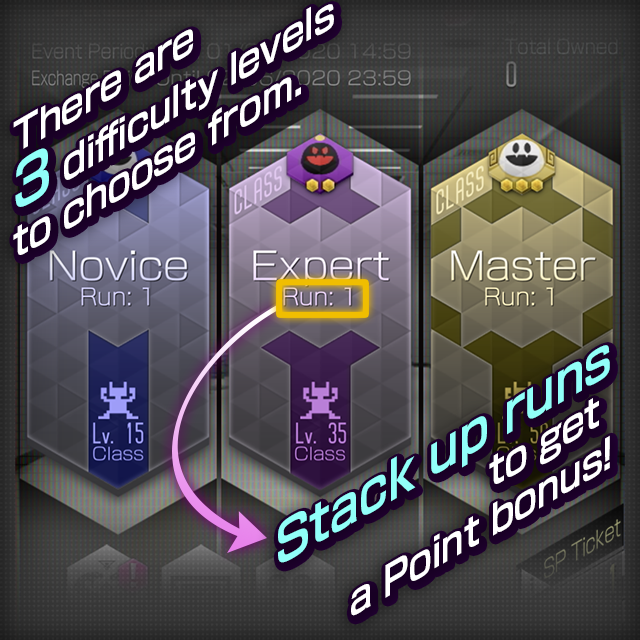 The max Run count for each difficulty is 30. The player will receive a Point bonus for accumulated Runs!
Exploration will still be possible when limit is reached. 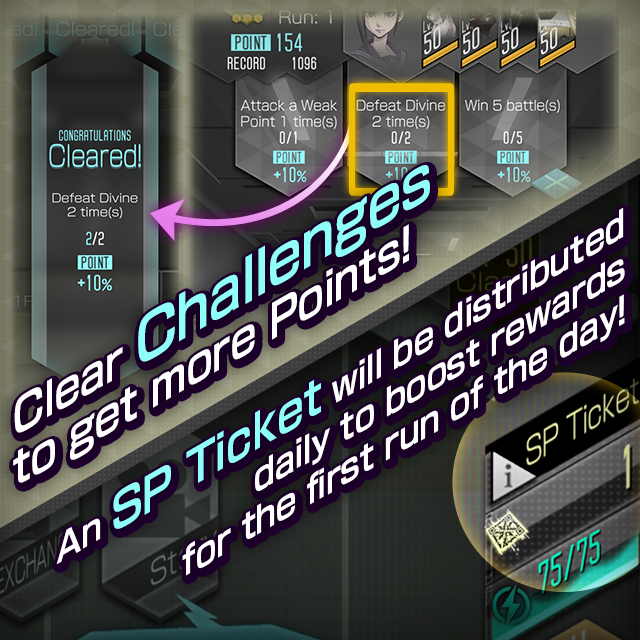 A new set of Challenges will be available every day! Try to clear them all!
SP Tickets will be used automatically! Get more rewards in the initial Run of each day! 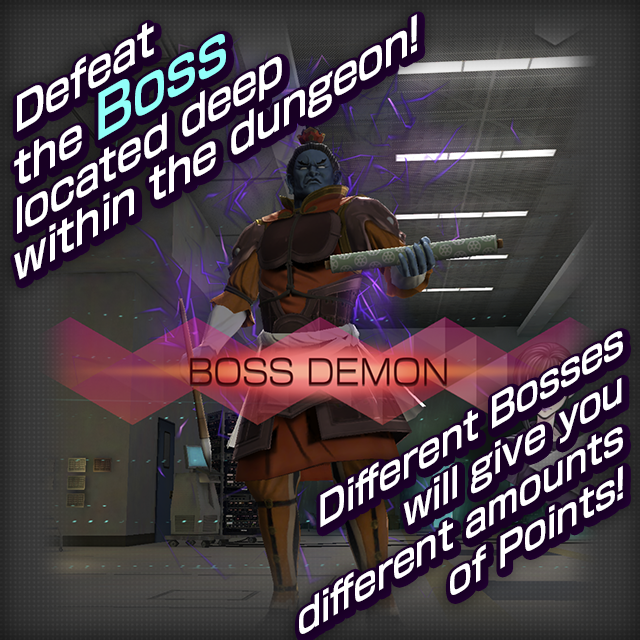 Earn more points by defeating the Boss!
They are not mandatory!

Stamina will be spent to start an Aura Gate SP run,

As you explore, Treasure Chests that contain a random amount of Points may appear.
It is possible to get a large sum of points from Treasure Chests depending on luck...
* May or may not appear.

The following demons have SP Effects that give the boost effects during the event period. You will gain more "Points" than usual from battles if you explore Aura Gate SP with the party the following demon(s) assigned to.

The Points that you gain outside of battles, such as Treasure Chests and item drops will not be affected.

The boost effects for EXP and Macca Gain will also take effect outside of this event during the event period.

The player will receive "Light Stone" items based on the "Points" they earned through exploration.
500 Light Stone items can then be exchanged for 1 "Burning Cube" item. Up to 600 Burning Cube are available.

By opening a "Burning Cube", the player will be able to receive one of the following items at random.

* Missions with the words "event total" will be available through all parts of the event.

* Missions with the words "Part 1" and "Part 2" will only be available during their respective period.

5★ Fire PranaPassive
+15% to Fire damage and recovers 5 MP when clearing a wave.

Time-limited Monster Dew
Use to recover Stamina during a limited period. Recovers the same amount of Stamina as regular Monster Dew.
These will expire on .

You will receive rewards based on your final ranking of total Light Stone items collected.
This ranking event will be held in two parts, Part 1 and Part 2.

Rankings for the highest score obtained during the entire event period.

A player can only hold up to 1 SP Ticket at a time. So if the player already possesses an SP Ticket, no additional ticket will be distributed.

Action Points will not be carried over to the next run in Aura Gate SP.

Item Drops in Aura Gate SP are not affected by the Moon Phase.

When you Lose or Retreat in Battle in Aura Gate SP, the progress you made for Challenges in the battle will become forfeit.

The results for Challenges that require the player to defeat a specific amount of certain enemies in battle will be tallied at the end of the battle.

To view the amount of Light Stone items you have collected, please go to the Event screen.

You will lose all your Light Stone items when the event expires.