Hello, this is Iwasaki, the Director of this game.
Thank you for playing "SHIN MEGAMI TENSEI Liberation Dx2".

Following the major spring update that was released in April, we are happy to see so many new and returning players, alongside active ones, playing the game.
In this letter, we will be presenting our rationale for implementing buffs for existing 5★ demons.

We have received several requests to make existing 5★ demon more powerful, and I understand these sentiments as well since I am also a SMT fan like you. We as a team walk a tightrope in terms of staying true to the series' stories and giving you the freedom to play the way you like.
This set of balance adjustments will be considerably more intensive than normal and released in four parts. Adjustments will likely continue even after the fourth part is released as we hear from you in terms of what you wish to see and as new demons are added.

Balance adjustments in this edition will be implemented for the following reasons:

①To close the power gap between existing demons and the newest ones.

②To give demons lacking an identity more of a role through buffs.

In terms of the extent of ①,
the newest demons in the game have seen a significant increase to their overall power floor, which makes them considerably stronger than the demons that were introduced much earlier in the game's history.
Because of this, we will be adding Skill Levels and buffing Spirit Merge effects for certain demons.

Regarding ② and "identity",
we will be implementing adjustments in a way that will give demons lacking specific roles so that they may become viable options once more.

Examples of adjustments that will be implemented during the 5/25 update: 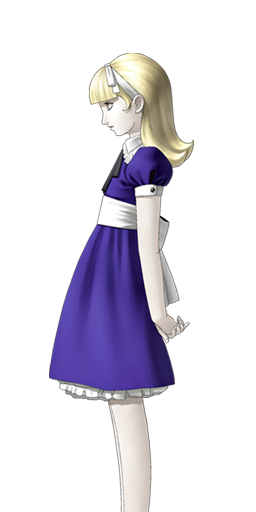 Mortal effects remain viable in PvE scenarios, but the ubiquity of Null Mortal in PvP has made it so certain demons are no longer as viable as they once were in terms of being Mortal attackers.
For that reason Die For Me! has been given a power boost to as part of our adjustments to make Alice a greater threat against Null Mortal opponents.
Die For Me! has also been given Dark Pierce, as the need for Dark Pierce grew considerably, which will free up Transfer options and make Alice more customizable. 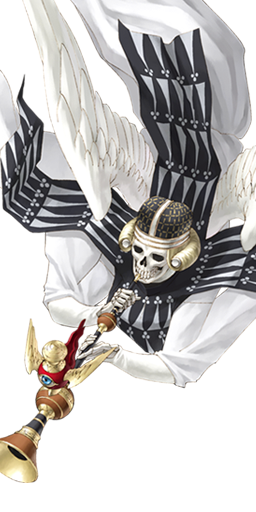 The MP cost reduction for Apocalypse from 7→6 (5 at max Skill Lv) should now make it much easier to use during PvP, and the power boost we have given it (120→130) when used in conjunction with its Spirit Panel 1 effect will now make Trumpeter a much more powerful Almighty threat.
The Mute chance for Apocalypse has even been raised to 100%, which means status ailment infliction Brands won't have to be prioritized.
Finally, Resist Phys for Elementalist Archetype will be replaced with Drain Phys to make Trumpeter more compatible with the demons having Drain Pierce skills like Rama and Demiurge when in the same party.

These buffs were originally scheduled to be implemented in the middle of May and we apologize for the delay.
As with the major spring update, we hope that you'll continue playing SHIN MEGAMI TENSEI Liberation Dx2 as we work towards making this game more enjoyable for everyone.
We also plan to periodically release updates as we hear more about what you the players would like to see in the game, so make sure to stay tuned.

The SHIN MEGAMI TENSEI Liberation Dx2 team will continue to work towards making this a fun game for all, so we hope you'll stay tuned and enjoy!

* Please note that the information posted here is subject to change without prior notice as development progresses.