A strange power manifests inside the
Dragon Stream. Newbie and Jeng Yun
access the stream to investigate.

Certain Missions for this event will be held in two parts, Part 1 and Part 2.
[1/24 added] The level of the bosses will also be reset when switching to Part 2. 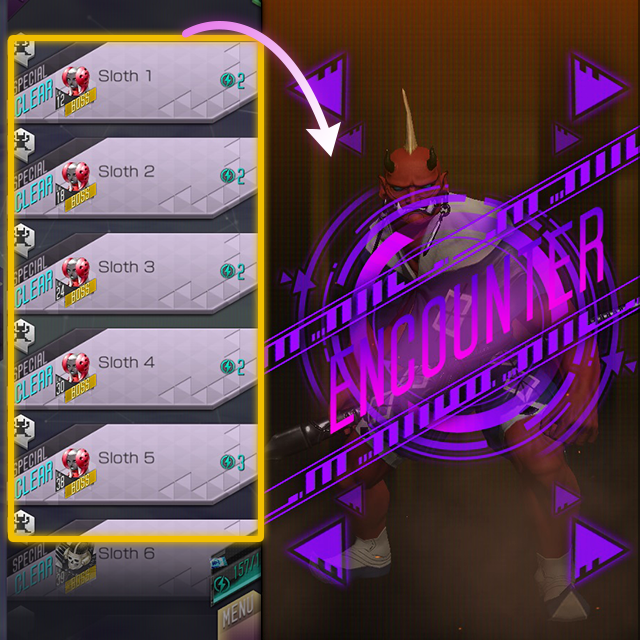 Event encounters are triggered by chance based on the amount of stamina consumed while completing quests, like a main quest or Brands of Sin quests.

Quests that play story scenes after they are cleared will not trigger an event encounter.

Alter-World quests will not trigger an event encounter.

There will be 2 parties that do battle.

To recover BP immediately, use the special item Raider-Papper.

There are 3 ways to attack. Each consumes a different amount of BP, which affects how much of an ATK boost is applied.

The ATK boosts granted from Strong Attacks and Full-Power Attacks will only increase Phys ATK and Mag ATK. No effect will be applied to skills that are influenced by other stats, such as HP or Mag DEF. 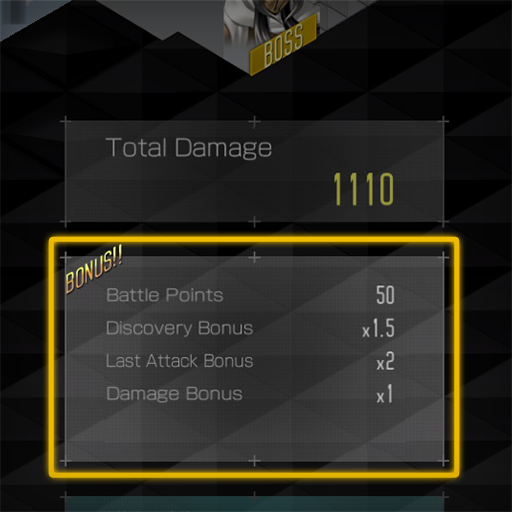 Sometimes, after defeating a boss, you will encounter a rare boss.

Rare bosses are very strong but will earn you more Battle Certificates! 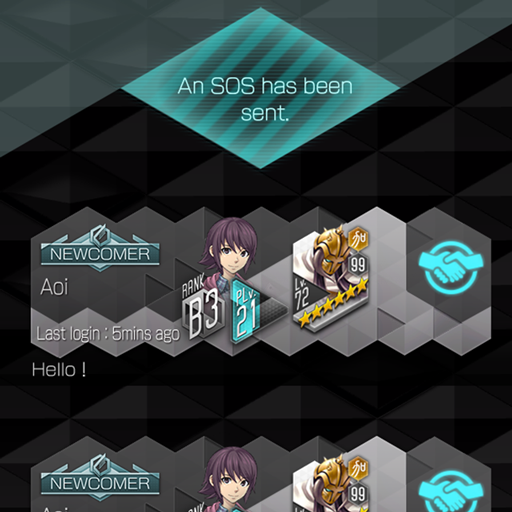 [1/25 Update]If the battle ends without your defeating the boss, an SOS is sent at random to a friend, a faction member, or an active player.

In a battle you enter by answering an SOS, starting with a standard attack consumes 0 BP!

In a battle you enter by answering an SOS, if your first attack is anything other than a standard attack, your next standard attack will not cost 0 BP.

Once you discover a boss, you will not encounter another boss until the first one is defeated or times out.

An SOS is received regardless of whether the player has encountered a boss.

Event encounters can occur while Auto Quest is active. Skip the encounter and continue Auto Questing by going to the Auto Quest settings and unchecking the "Event Demon Encounter Behavior" box under Custom Cancel Conditions.

Please note that even when "Event Demon Encounter Behavior" is unchecked, the encounter has still occurred. Mind the time limit.

Scroll up or down to view.

The following characters have SP Effects that give boost effects during the event period. You will gain more from battles if you have them assigned to your party.

Missions that can be cleared every day during the event period.

Missions that can be cleared during the event period.

You can exchange items collected from event missions and quests for the following rewards.

You can receive the following rewards according to the total amount of you amass.

You will receive rewards based on your final ranking of total items collected.

You will receive rewards based on your final ranking of total count of boss defeated.

Collected items will not be displayed on your item list. To view the amount you have collected, please go to the Event screen.

You will lose all your items when the event expires.